Data isn't just helpful for understanding the past—it also provides insight into the present that can help you predict the future. This is why it’s so essential to collect, monitor, and analyze the right supplier intelligence data across a variety of categories and metrics when managing your supply chain.

For instance, financial downturns are generally slow to be made public (if at all) because finances are typically only reported on a quarterly basis. This leaves organizations in the dark for weeks or months, which means by the time financial issues come to light, it’s too late to avoid significant negative impacts.

Monitoring your suppliers and associated risk requires a holistic and proactive approach, which includes tracking metrics (beyond just financials) in real time.

‍Below we’ll share three examples of supply chain disruptions in recent years that could have raised concern for procurement professionals if they were also incorporating labor data into their supply chain risk management.

In March 2022, Toyota subsidiary Hino Motors admitted to submitting fraudulent emissions and fuel economy data to transport authorities going back to at least 2016. The company commissioned an independent investigative committee to uncover the scope of the fraud, which later revealed an even bigger bombshell on August 2—the truck maker had in fact been falsifying emissions data for over 20 years across multiple models.

The initial announcement and the most recent findings from the investigation have sent shockwaves through the industry—with Toyota’s stock price falling 6.5% and Hino’s shares (in which Toyota owns over half the voting stock) falling 16% after the announcement. The report found that Hino employees falsified tests on engines used in 643,635 vehicles over the years, with 66,817 of the trucks now subject to recall.

The scope of the fraud not only affects Hino Motors' operations but also draws scrutiny towards the environmental, social, and governance (ESG) standards that many other automotive companies (and their buyers) are accountable to. As a result, compliance with environmental regulations for Hino Motors as well as their buyers and suppliers—most notably Toyota, their majority owner—is drawn into question.

This revelation brings an especially high financial cost for Toyota and other buyers and suppliers that Hino did business with, who now need to rectify their own emissions data (to the extent possible) to repair confidence in their brand relationships and ensure regulatory compliance.

Labor data can give early warning signs that not all is well in paradise before larger issues come to light. In the case of Hino Motors, employee headcount steadily dropped by 2% from the year before. While the employee headcount may not be sufficient to dig into on its own, by taking that into account with other factors such as a drop in revenue and net income, it may have warranted a closer look.

Another signal of disruption came in April when Chairman Yoshio Shimo, the representative director of Hino Motors, announced his retirement from the company. While the company noted his departure was due to the expiration of the director’s term, high-level turnovers like this (especially in light of recent reports of fraud) are a strong indicator of systemic problems that could turn into larger risks for vendors.

In 2019, British Steel, the UK’s second-largest steelmaker, declared bankruptcy. This delivered a heavy blow to the U.K. manufacturing industry after what many believed was a promising future for the company. Following years of uncertainty, factory layoffs, and steep competition from China, Tata Steel—the Indian conglomerate that acquired British Steel—announced its plans to sell. Greybull Capital bought British Steel for £1 in 2016 from Tata Steel, and the private equity firm pledged to invest £400m to revive the business.

At first, things were looking up for British Steel. The takeover did require some initial belt-tightening, including temporary wage cuts and other efficiency measures to right the ship. But within months, British Steel was once again boasting profitability.

Unfortunately, the optimism was short-lived. Within just two years, the company entered insolvency.

British Steel is the second largest producer of steel in the U.K. and a major supplier for other global firms, such as automotive & manufacturing. The direct and indirect impacts of its insolvency were significant, with rippling effects down the entire supply chain as operations were suddenly halted or severely delayed. Additionally, the announcement put 5,000 jobs at risk and endangered another 25,000 jobs in the greater supply chain.

The reasons for British Steel’s sudden collapse vary. Chief executive, Gerald Reichmann, blamed weak market demand, high prices, and uncertainty over the outcome of Brexit discussions. Regardless of the factors, the fall of the steel giant could have been predicted before 2019 based on key indicators in labor data.

For example, the company’s headcount dropped by a staggering 10% by the start of 2017. And the company’s CEO left after less than a year of working at the company. Abrupt leadership departures and significant employee attrition don’t signal bankruptcy directly. However, they are worrying indicators of bigger problems at the organization and should register as red flags for supply chain managers.

241,00 businesses rely on Ukrainian suppliers, procurement and supply chain leaders struggled to identify the downstream impacts the conflict would have on the suppliers and the value chain. Most of the research focused on regional commodities that could be impacted—creating blindspots around Tier 1 and Tier 2 suppliers down the chain.

For instance, Ukraine is a major recruiting center for clinical drug trial participants, especially for generic drug manufacturers based in India. At the start of the Russia-Ukraine war this year, hiring in the region suddenly stopped.

In early April 2022, ClinicalTrials.gov listed nearly 400 ongoing studies with sites in Ukraine. When the war started, clinical trial activity in the region was frozen.

Firms whose suppliers included India-based pharma manufacturers, such as Cadila and Lupin, faced unexpected disruptions in their supply chain, as drug trials conducted by their suppliers were halted or severely delayed. In fact, as of August 2022, at least 28 foreign-sponsored, multi-country studies had been impacted by the war, according to GlobalData’s Clinical Trials Database.

Additionally, share prices of several of these manufacturers, including Cadila, Lupin, and Dr. Reddy’s, dropped as the conflict escalated.

As trials across the region were frozen or delayed, so too were recruitment efforts for the studies. With a sudden halt in hiring, firms that tracked their suppliers’ hiring trends could have seen an abrupt change early on. Coupled with the falling share prices, with a stronger understanding and insight into labor trends, organizations could have more easily pinpointed these supply chain issues and begun action planning to mitigate the fallout.


Tracking labor data, such as employee headcount, hiring trends and key leadership changes is a critical part of the risk assessment process. They help contextualize other supplier intelligence data, such as financials, operational performance, ESG, and security standards, giving supply chain managers a more complete picture of the health and resilience of their suppliers.

But these are insights that you won’t get from a supplier survey alone. To get full visibility into your supply chain, use a comprehensive supplier intelligence platform. A robust supplier intelligence solution will track these metrics and more to give you a full picture of your risk landscape and give you the tools you need to identify and manage risk in today’s complex supply landscape. 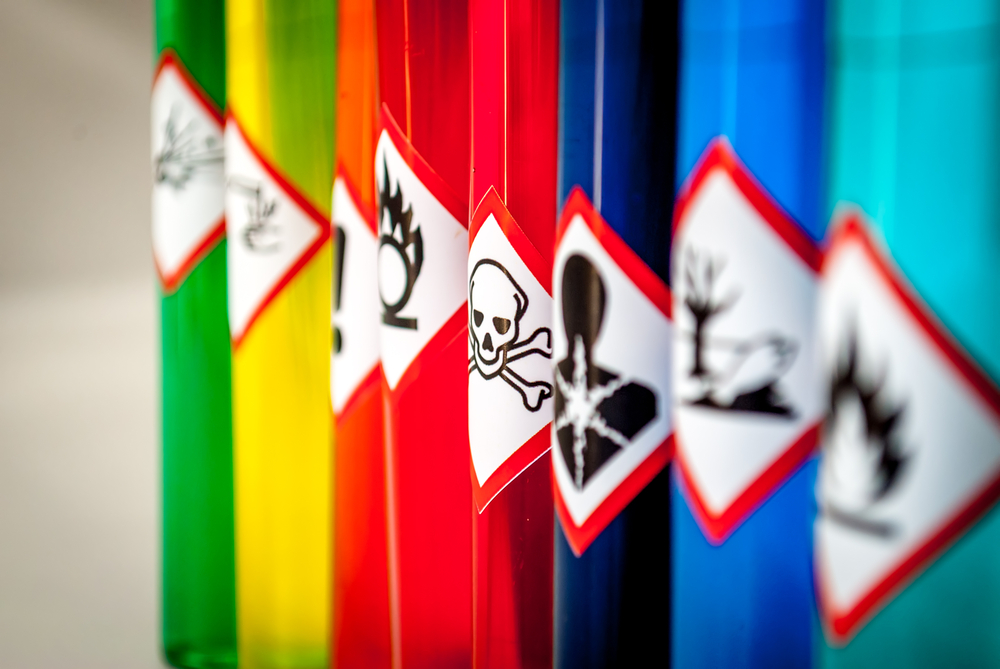 PFAS Compliance: What Procurement Professionals in Manufacturing Need to Know 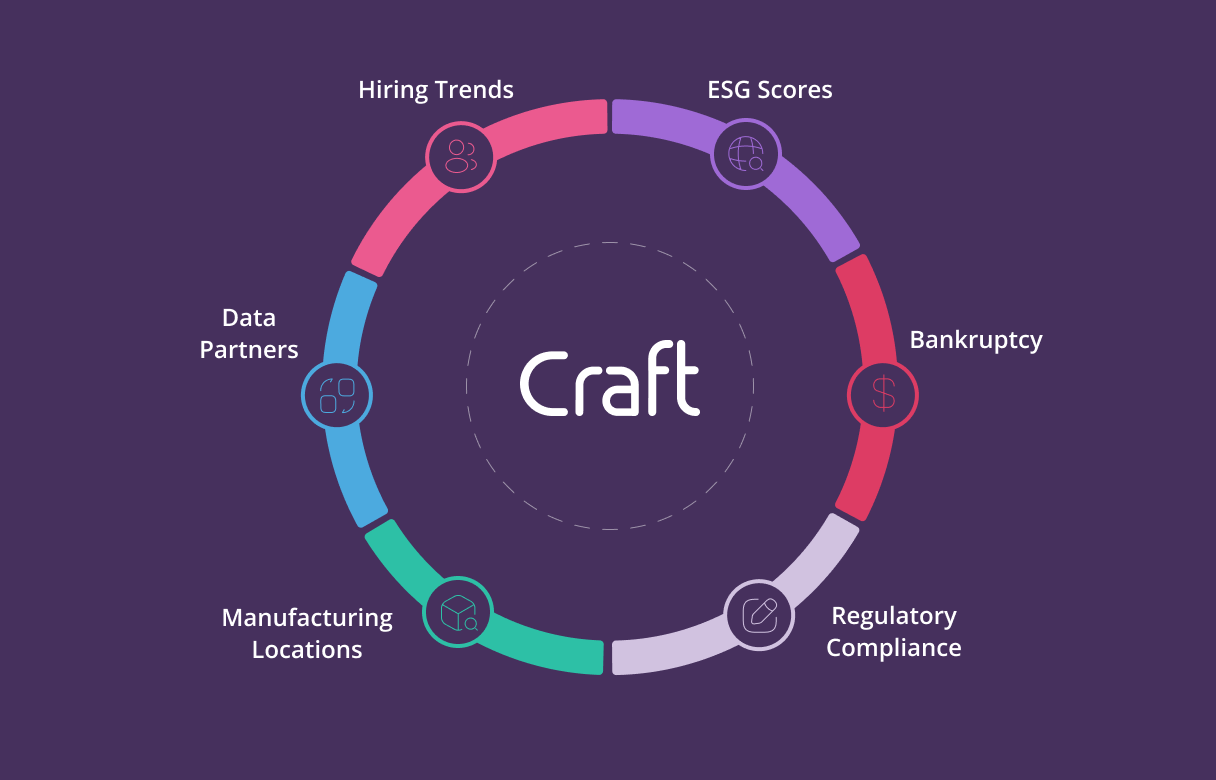