Unintentional Greenwashing: What to Learn from Recent Corporate Fails and the Latest ESG Regulation 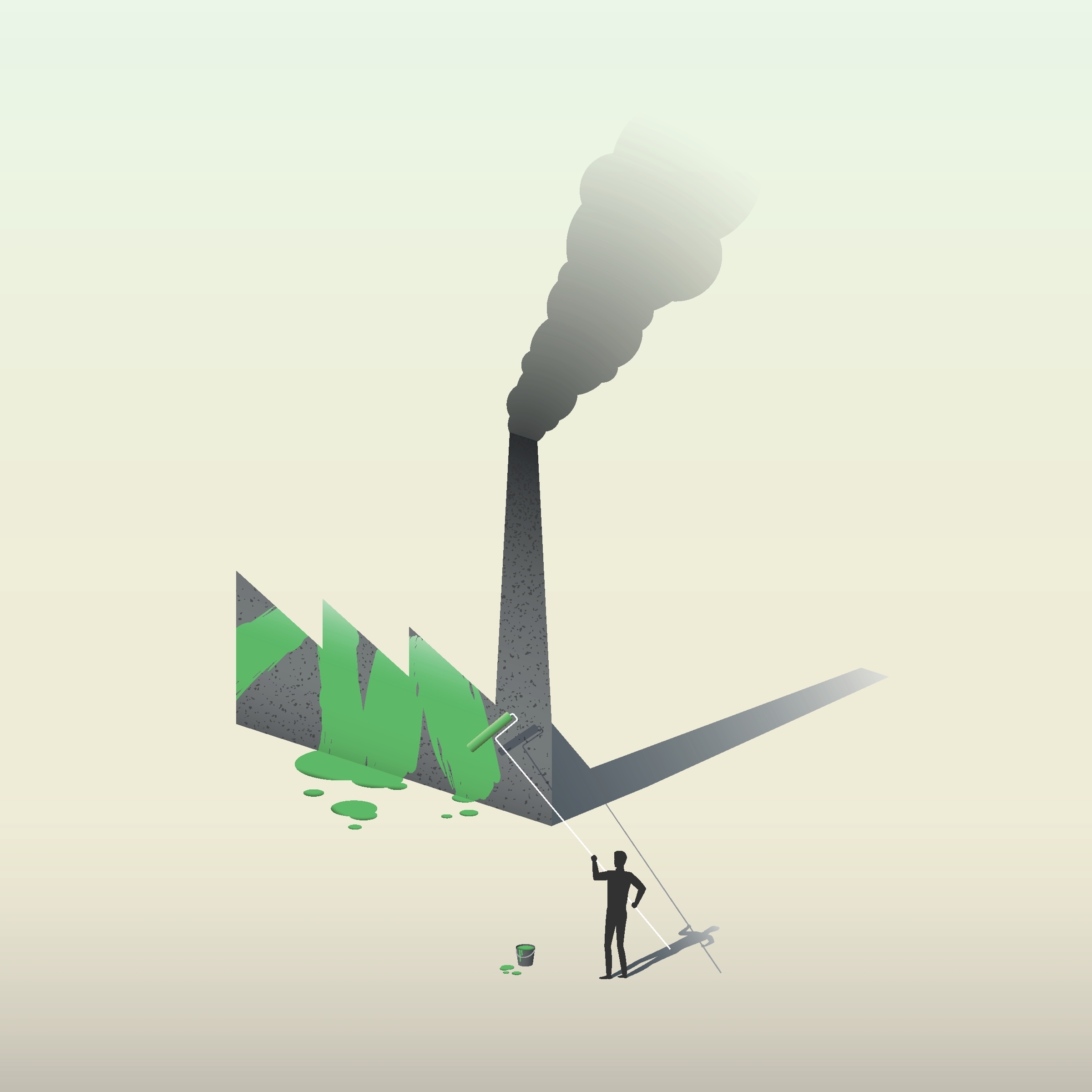 According to a recent World Economic Forum statement, embedding sustainability and ESG into company strategy is critical to meeting investor expectations, consumer demand and legal requirements.  Increased global legislation is holding companies more accountable for their actions, and the term “being green” has shifted from a trendy buzzword to a presumed company policy. Consumers are smarter about their purchasing habits, with around 50% of UK consumers seriously taking environmental considerations into account.

However, companies are still being found to wrongfully market themselves as green. NewClimate Institute and Carbon Market Watch found that 25 of the world’s largest companies’ net zero goals are not being met, and the UK government warned that 40% of firms' green claims could be misleading.

Tackling greenwashing - the act of misleading the public about an organization’s environmental or sustainability practices - has thus become necessary. The UN’s annual Climate Change Conference COP27, ironically accused of greenwashing itself, has urged for a crackdown on false or deceptive claims of sustainability. And laws throughout the EU and US are enforcing financial or legal consequences as well. This poses the question: why are companies still greenwashing when regulations are in place and consumers are actively in pursuit of environmentally conscious purchases?

The Discourse of Unintentional Greenwashing

Accusations of greenwashing usually come with the assumption of intentional deception or fraud. One of the most egregious examples is the 2015 Volkswagen scandal, when the automotive firm was found to have used emission cheating devices in their ‘Dieselgate’ vehicles. And while the outrage was certainly justified, the reality is that this type of greenwashing - outright lying - only accounts for less than 1% greenwashing cases, according to a TerraChoice report, Six Sins of Greenwashing.  Instead, the three most common forms of greenwashing  are the Sin of Hidden Trade-off, the Sin of No Proof, and the Sin of Vagueness.

Hidden trade-offs account for 57% of misleading claims. It refers to a product that is green based on a single environmental attribute without attention to other prominent issues. For example, in October 2022, the ASA found HSBC guilty of promoting green initiatives while omitting information about continued financing of companies who emit considerable greenhouse gas.

Secondly, the “Sin of No Proof” accounts for 26% of misleading claims. This occurs when a green claim cannot be substantiated by easily accessible supporting information or reliable third-party certification. Lastly, the Sin of Vagueness accounts for 11% of cases, and it occurs when green claims are either poorly defined or too broad. For example, when H&M launched the ‘Conscious Collection’ in 2010, it was criticized for being ambiguous about levels of sustainability and not transparent enough about their supply chain.

Why do companies greenwash?

As more companies promote green initiatives, more organizations feel pressure to follow suit, as they wish to stay competitive by enhancing their brand image and marketing - often referred to as marketing opportunism. There are three fundamental issues companies face: lack of standards and frameworks, lack of transparency and precision, and lack of legitimacy.

Practically speaking, it is impossible to measure a company’s true environmental impact directly, so companies are left to employ methods that are seen as more or less defensible, rather than more or less accurate. Furthermore, restricted resources mean companies are often unable to discern or fund the best methodologies.  Thus, greenwashing is often the result of relying on vague, ambiguous and unsubstantiated data when making environmental decisions. A 2019 paper summarized three key issues in financial investments regarding ESG as “existing abundance of different models for environmental aspects of corporate activities, absence of universal governance theory, and a significant difference with the interests of internal and external stakeholders about responsible investments.”

Hence, unintentional greenwashing has become commonplace, particularly among companies that are sincerely committed to the environment but unknowingly oversell their ecological credentials. A Forbes article this year from Forrester titled ‘You’re Probably Greenwashing, But You Don’t Know It’ seems to highlight the same problem.

Keeping up with the absence of universal governance theory

Many believe the absence of universal governance theory leads to greenwashing, and although regulations are becoming increasingly commonplace and rigorous, there are still many shortcomings (for example, companies can often have selective disclosure on their environmental publishing). However,  with a wave of supply chain due diligence laws - particularly across the EU - more robust and standardized reporting is becoming more of a reality.

Europe has been the thought leader in this aspect. Many laws have come forth from both European countries and the EU which would require large enterprises to produce a strategy to manage environmental and human rights standards across their supply chains. They would also mandate a periodic report.

And other countries are following suit. In 2021, the US House of Representatives passed the Corporate Governance Improvement and Investor Protection Act which would require publicly traded companies to periodically disclose ESG factors. However, it is uncertain if the Senate will pass the act which squeaked by on a 215-214 House vote. Nonetheless, this shows global importance to environmental reporting.

Currently, laws such as the German Supply Chain Act (GSCA), have included the environment as a necessary requirement and explain that most environmental damage would lead to human rights violations in the view of the law. Furthermore, the laws are based on various international conventions and legislation. Most due diligence requirements follow the OECD Guidelines for Multinational Entreprises, the International Labour Organization core labour standards and the UN International Bill of HR. This includes the Norwegian Transparency Act, the EU Directive on Corporate Sustainability Due Diligence, and the French Loi de Vigilance. Environmental standards are based on the Minamata Convention on Mercury, Stockholm Convention on Persistent Organic Pollutants and Basel Convention of Control of Transboundary movements of Hazardous Wastes and their Disposal. Therefore, as new as these laws are, they reflect prominent conventions and international regulation already in existence.

However, these laws have received some criticism, mostly in regards to their effectiveness. For example, in 2020 nearly one-third of companies concerned did not follow the French Loi de Vigilance. Some criticize that the coverage of these laws is too narrow as most exclude SMEs, and others claim that the victims have insufficient access to remedy. Other criticisms stem from the fact that there is no centralized reporting mechanism, which in turn makes it difficult to access firms’ reporting data.

The EU has tried to standardize reporting, such as with the introduction of the EU Taxonomy, a green classification system that translates the EU’s climate and environmental aims into criteria for specific economic activities for investment purposes. However, this too has received criticism. In July, the taxonomy considered nuclear and gas as sustainable energy sources, garnering criticism from Austria which claimed that certifying gas as “green” could delay Europe’s transition to clean energy by encouraging further investment in fossil fuels.

Although there is no universal governance, and most requirements are up to interpretation, companies should be more guided in disclosure standards and what categories to report on. These laws are also taken increasingly seriously, as greenwashing has now become a criminal, financial and reputational risk. For example, a greenwashing investigation by the SEC led to the German Police raiding DWS and Deutche Bank. After this investigation, the SEC proposed rules to prevent greenwashing in fund names. This caused rebranding of funds as ESG funds to go down by 84% this year according to Jefferies.

Keeping up with fast moving public and scientific opinion

Even if companies can follow ever-changing laws, they must also adhere to faster moving public and scientific opinion. Diverging views on carbon offsetting shows just this. The UK government is an avid pusher of carbon offsetting as a way of reaching carbon neutrality. Offsetting has been used to compensate for emissions by paying for others to reduce CO2 emissions. However, public and scientific opinion is different, and NGOs have often condemned this approach. As far back as 2006, the World Wildlife Fund, Greenpeace and Friends of the Earth released a joint statement against climate offsetting, stating it is ‘“an easy way out for governments, businesses and individuals to continue polluting without making changes to the way they do business or their behavior”.

There are multiple reasons why offsetting does not work, the first of which is that it is impossible to measure how much carbon is being absorbed by these practices. It also shifts the responsibility to the consumer and shifts the responsibility from the global north on the global south. This is because carbon offsetting has a neo-colonial implication, as the places these carbon offsetting actions happen in the global south, and therefore comes at the expense of indigenous people and promotes land grabbing. Overall, this shows how even if laws promote such practices, they are behind public and scientific opinion. NGOs play a key role in standing for these voices.

The Attack of Non-Governmental Organizations

NGOs are quick to denounce companies’ green claims, using technical measures based on scientific findings. According to a 2017 Journal of Business Ethics paper, environmental NGOs can point out and amply the inconsistencies of a companies' environmental claim. And even when companies' environmental progress is legitimate, NGOs are unlikely to commend these firms, intentionally pushing the assumption that being green is not spectacular, but rather a fundamental approach that should not be celebrated.

Furthermore, certain laws include civil liability as a consequence if companies do not keep up with supply chain due diligence requirements. This means that as regulations increase on green credentials of services and products, it is easier for NGOs to keep firms accountable for their behavior. This has led to an increase in investor actions against boards of directors for falling short of their directors’ duties. For instance, in March 2022, ClientEarth took legal action against a large, multinational oil & gas firm's board of directors. ClientEarth alleged that the directors did not meet their duty for the success of their company by not complying to meet environmental duties according to the Paris Agreement. ClientEarth condemned their wait-and-see approach, arguing that “[the firm's] current strategy and insufficient targets put the enduring commercial success of the company and employees' jobs at risk and is no good for people or the planet”. This is the first claim of shareholder action against directors for breaching duties due to ESG shortcomings, and it will certainly not be the last.

Therefore, not only does public and scientific opinion influence a firm's reputation, it will soon also have increasing legal consequences. Companies need to continuously evaluate their policies on how to tackle the climate and environmental emergency to match current discussion.

What should companies do?

Companies must keep up with both legal requirements and public and scientific opinions. Since the consequences are so detrimental - not just for the environment but the firm itself - companies cannot afford to unintentionally greenwash.

Rather than approaching ESG compliance as a tick-the-box measure, companies must stay on top of scientific research, as well as new and updated legal and regulatory developments around the globe. Sales and marketing teams must also have a pulse on claims that they can and cannot make with respect to their products and services. And with laws such as the German Supply Chain Act mandating oversight of companies’ suppliers as well, leveraging enterprise intelligence platforms that track thousands of suppliers’ ESG health in real time is pertinent.